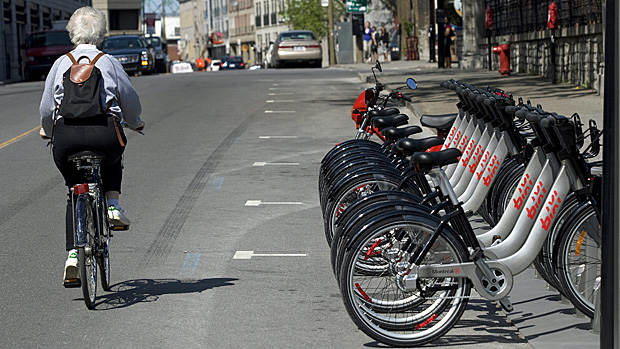 The vast majority of Canadians who drive every day have never attempted any other way of getting to work, according to a new survey published in August on the typical commute last year.

The survey by Statistics Canada found that 82 per cent of Canadian workers drive to work, 12 per cent take some sort of public transit, while six per cent walk or bike to work.

Of the 10.6 million workers who commuted by car, 15 per cent, or 1.6 million, had tried using public transit to get to work. But nine million had never tried any other way of getting to work.

A vast majority of drivers said their main reason for not trying anything else was because it would be inconvenient.

As it turns out, they may be on to something: the survey also showed that transit users have longer than average commutes.

Transit users who live outside of large urban centres fared even worse. It takes them an average of 51 minutes to get to work every day, compared to 36 for their big city counterparts.

Longer commutes had a correlation with stress levels and overall happiness, the survey found. But there are economic consequences too.

As well, labour market productivity on the job could be affected if workers have to spend a great deal of time getting to-and-from work. Improved public transportation systems … in the coming years could help reduce congestion and commute times.”

Across the country, 20 per cent of commuters of all stripes reported being in some sort of traffic jam on their way to work on a daily basis. But more than half reported they never experience traffic.