Award to our real-time control of transit systems project 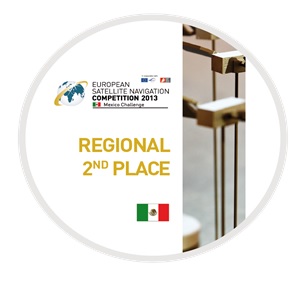 A project for real-time control of transit systems with data from Global Navigation Satellite Systems (GNSS), which is being developed by our Pontificia Universidad Catolica de Chile team, obtained the second place –out of 16 participants- in the Mexico regional category of the European Satellite Navigation Competition (ESNC). Being held for the 10th time this year, the ESNC is part of a leading global network of experts in GNSS, and the competition is aimed to innovative solutions and high potential products and services that rely on GNSS. The transit control tool, which has been awarded a technology transfer subsidy from the Chilean government, seeks to regularize transit operations and address the phenomenon known as bus bunching (two or more buses of the same line arriving together at a bus stop). This enhances the level of service experienced by users as well as allowing bus companies to have a smoother and more stable and efficient operation. The software is in the process of implementation in some of Transantiago (Santiago´s bus transit system) lines.