Ricardo Giesen, Juan Carlos and Lake Sagaris participed as speakers and moderators during the activity. Ricardo led the Workshop titled Rapid AND Reliable Buses. Juan Carlos moderated the session called What Makes Buses Work. Meanwhile Lake was one of the main speakers in the plenarium titled How to Create Harmonious Cities.

Also, as a side event of the conferece there were two Workshops organized be VREF: the first one involving young researchers and PhD students; the second involving senior researchers. Both were attended by BRT+ members. 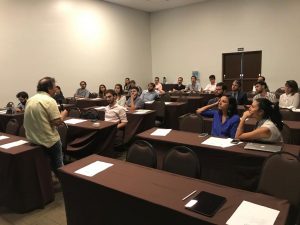