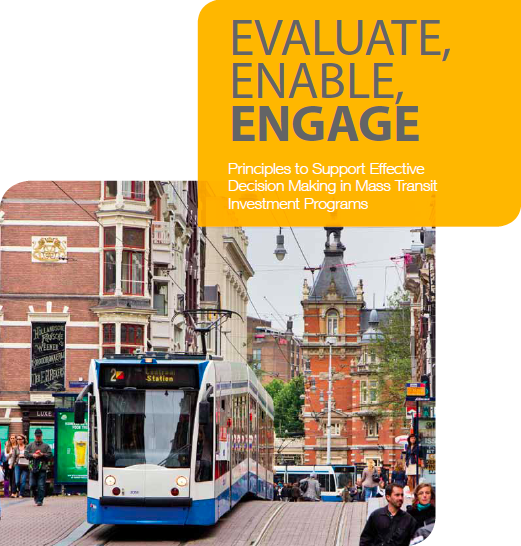 Between 2000 and 2030, developing countries are expected to build more urban area than has been built throughout human history. Urban populations in China and India will grow by at least 600 million residents by 2030, roughly twice the current population of the entire United States. Without major mobility investments, many rapidly growing cities will face traffic and economic gridlock.

Against a backdrop of increasing urban mobility demands and growing concerns about the impacts of climate change, more national governments are investing in the development of urban and metropolitan mass transit systems. Within the last 10 years, national governments in several populous countries with quickly growing economies, including India, Mexico, and Brazil, have introduced programs to fund at least a portion of the construction costs of new mass transit systems. They join countries with more mature transport infrastructure, including France, the United Kingdom and the United States, that have continued and, in some cases, increased their investments in mass transit.

The insights will be of use to administrators of national mass transit investment programs that are identifying areas for improvement, national governments that are introducing new programs, and representatives of multilateral institutions that are helping to structure such programs.