Event Wrap Up: Transantiago and Metrobús – How to achieve social sustainability?

Profoundly reforming an urban transportation system is as complicated as trying to rebuild a house with the residents inside. Despite all the shortcomings accompanying the status quo of many urban transportation systems today, both the transportation operators and the users have adapted to the market conditions within which they operate, such that any change must proceed with caution. In other words, grand plans to improve public transportation in our cities must search for a balance between the technically desirable and the politically feasible. Putting all the emphasis on only one side (e.g., the technical) can derail reform, or weaken it to the point where the desired results are not realized. Although certainly not the only ones, two critical aspects to consider in the search for this balance are: the way in which reformers approach negotiations with existing operators; and the way in which they communicate with, and open up to the participation of civil society, more generally. Both aspects influence not only the feasibility of implementing reform but also the sustainability of the system once reformed.

In this context, our Centre of Excellence, together with the Institute of Sociology of the Pontificia Universidad Católica de Chile and MIT’s Department of Urban Studies and Planning convened a diverse group of academics, authorities, operators, and members of civil society to discuss and share lessons from the implementation of Transantiago, in the Chilean capital, and Metrobús, in the Mexican capital. The evento took place on Thursday, 31 May at the Pontificia Universidad Católica de Chile, in Santiago, and was inaugurated by the Chilean Minster of Transportation and Telecommunications, Pedro Pablo Errázuriz.

The design of the event aimed to focus on discussions rather than formal presentations. In the morning, authorities and operators from both cities spoke at a roundtable moderated by Professor Christopher Zegras, from MIT. Private sector participants included: Jesús Padilla, President of Corredor Insurgentes (the principal private operator of the Metrobús system), and Simón Dosque and Hector Moya (Managers of Transantiago’s Buses Vule y Subus Chile, respectively). Authorities included Jorge Rocha, Director of Planning and Evaluation of Metrobús, and Carolina Simonetti, from the General Coordination of Transantiago. Among the noteworthy conclusions from the discussion: 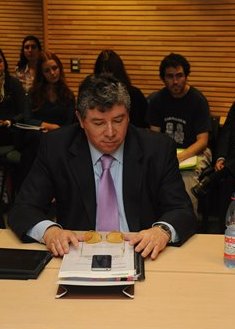 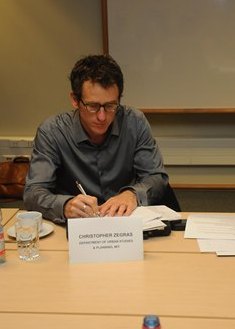 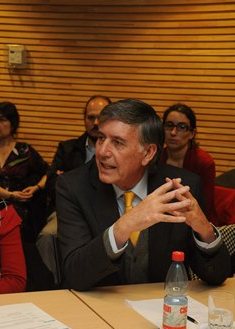 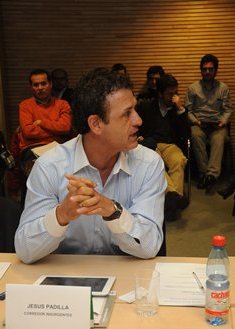 In the afternoon, Professor Manuel Tironi (Instituto de Sociología, PUC) moderated a dialogue titled “How to increase and improve citizen participation in the design and implementation of integrated BRT systems?” Marco Priego (EMBARQ, Mexico) and Sofia Lopez (Ciudad Viva, Santiago) participated as members of NGOs that have emphasized the need to modify certain aspects of the transportation systems in their respective cities. To provide the perspective of the authorities on these topics, the participants included Jorge Rocha on behalf of Metrobús and Germán Correa, ex-General Coordinator of the project that eventually became Transantiago. Among the conclusions from the roundtable: 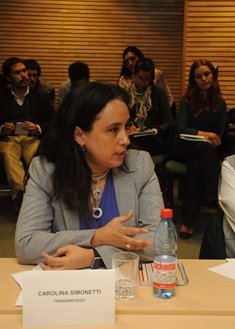 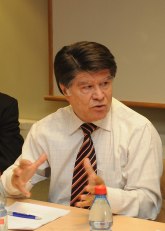 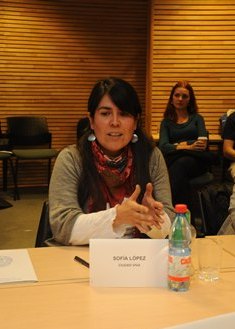 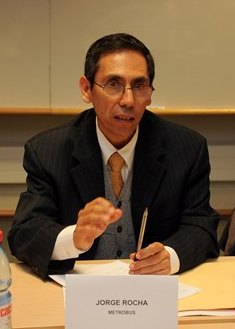 This workshop was made possible thanks the support of the MIT International Science and Technology Initiatives (MISTI). The material discussed will be analyzed more deeply and serve to further strengthen the research of one of the research groups that participate in the Centre of Excellence ALC-BRT.

Download the full program of the Workshop (in Spanish).

Presentations (in Spanish) by: