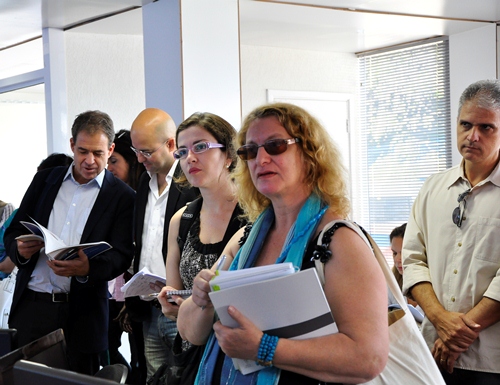 “The biggest benefit of BRT systems, or any mass transportation system, is increasing accessibility for the population and improving overall quality of life for the city,” Dalkmann said.

The Transoeste line was created.with the goal of integrating the West Zone neighborhoods with the rest of the city. While still in the early stages of implementation, the system extends more than 56 kilometers, connecting Barra de Tijuca to Santa Cruz. 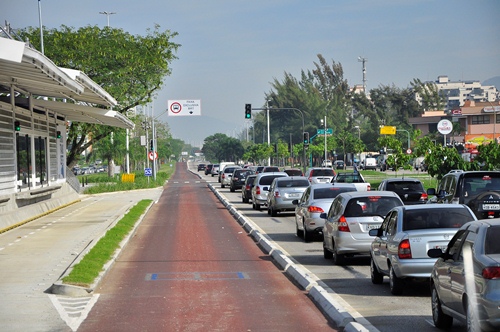 According to Alexandre Castro, manager of operations for Transoeste, it is estimated that the corridor will serve 250,000 people each day and cut current travel time in half. Secretary of Transportation Alexander Samson said BRT is a paradigm shift for the city. “The BRT is a new concept of transport in Rio. It can carry twice as many people as the current system, besides being more sustainable, emitting less greenhouse gases,” he said.

The modern fleet of articulated buses are monitored by staff at the Operational Control Center at Terminal Alvorada, the future connection point between the Transoeste and Transcarioca lines.

The control center monitors the performance of the lines, which rely on an adaptive system for traffic signal priority, i.e. giving preference to BRT vehicles at intersections.

“A bus lane carries 10 times more people than a car lane. Why, then, not prioritize public transportation?” Lindau said.

“The new system will attract more people to public transport by offering more comfort and speed. The city of Rio de Janeiro is made for public transportation. Rio will soon take ownership of BRT,” Samson said. The secretary also noted that the priority of the city government is to integrate the bus systems, and discourage the use of private vehicles through measures such as tolls for cars.

“Along the Transolímpica corridor there will be a toll for those who choose to use the car while the BRT will operate freely,” he said.

All four corridors – Transoeste, Transcarioca, Transolímpica and Transbrasil – are expected to be completed by 2016. The complete system will extend more than 150 kilometers, one of the largest public transit systems in the world, with a total investment of RS 5 billion from public and private partnerships.