In an exclusive interview, Jaime Lerner talks about the challenges that public transportation is facing in Brazil and his expectations for the III SIBRT Conference. 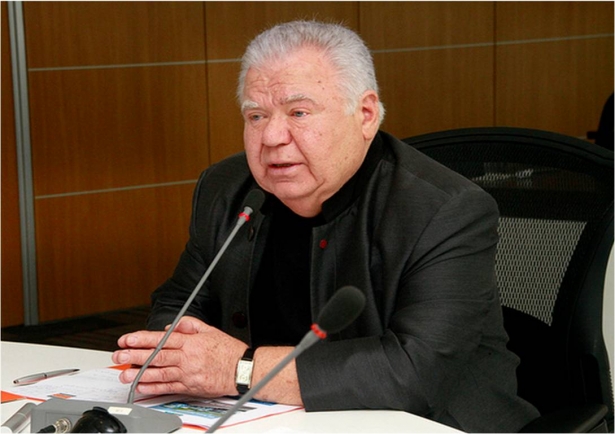 The architect and urban planner Jaime Lerner – former Mayor of Curitiba for three terms and former Governor of Paraná for two terms – regards large urban center problems with a unique point of view. For him, the voice of the majority that repeats and reinforces the discourse that large cities are doomed to failure when it comes to urban mobility is a blurred vision of the city, “it is like a body receiving people’s life; not just a group of concrete and roads”.

Today, the man who launched his gaze over the city of Curitiba by creating new models and concepts of urbanization in 1971, is now dedicating his time to Jaime Lerner Institute, he is also a consultant for the UN as regards urban matters and is the President of architectural firm that bears his name.

Elected in 2010 by Time magazine as one of the 25 most influential thinkers, Jaime Lerner believes the private car in the future will look like cigarette nowadays: “It can be used, but it is recommended not to do it so that you will not annoy people.”

Invited as a keynote speaker at the Third SIBRT Conference of Best Practices in Latin America (Belo Horizonte, June 4-7), Lerner said, among other things, about his ideas for urban mobility success, the benefits of investment in surface transport – especially BRT – and the importance of changing paradigms of people who “do not change their concepts if there are no better alternatives.” So he proposes a quality public transport and viable for all.

Check out the interview:

SIBRT – What are the main deficiencies of the public transport systems in major cities in Brazil?
Jaime Lerner – The main deficiency is the lack of trust of people in public transport, which makes them opt for the private car. In my opinion, Brazil is a country that has the best of the conditions to solve problems regarding urban mobility: we have the technology, funding programs and the recent willingness to cooperate public transport companies, which are ready to improve. This is the good time to make things change!

SIBRT – What are the most urgent measures to remedy these deficiencies – or at least minimize them?
Jaime Lerner – What is missing to complete this positive scenario is a political decision including technical commitment to overcome the current barriers. The system should be integrated so that it can satisfy people’s needs. The secret is to have a metro that operates well and which is integrated with effective bus routes services and other surface solutions. We have to use everything. The bus is now responsible for 70%, 80% current transport.
The government often does not know what he wants and, often, it is difficult to convince people that there will be improvements. The vision of the city should also be reconsidered: it is necessary for people to have an integrated view of the city, as it is a structure of life, work, leisure, all together. I cannot think of the place of residence, place of work, entertainment apart from one another.

SIBRT – The expression “metronizar” the bus is yours: What does that mean exactly?
Jaime Lerner – It means giving to the bus the same performance as the subway, where the user pays his fare outside of the station – and not inside the bus – which speeds the entry of passengers. Accelerating access through boarding at the same level and reserved lanes for buses is a way to provide more convenience, comfort and safety. And above all, ensuring frequency is very important to enhance credibility. With the bus you can reach a frequency of one minute, with subway it is not possible.
People simply will not believe in an alternative if the latter is not better. We have to provide a high quality system to change the paradigm. The car will be like smoking in the future. You can have a car, but you will be advised not to use it in order not annoy people.

SIBRT – What are the main assets/differences of surface transport?
Jaime Lerner – The big asset is the cost, which is 50 to 100 times less per kilometer compared to the subway. Moreover, the implementation speed is 2 to 3 years. The operation pays the cost, if well planned i.e. there is no need for subsidies and it is not necessary to sacrifice generations to provide a quality transportation system.

SIBRT – Do you believe that surface transport is the future of urban transportation in Brazil and in the world?
Jaime Lerner – The future is on the surface, but it is essential that each BRT implementation is well operated integrated to land use and growth of cities. Brazil is the country that has the best know-how in BRT system – system which is currently implemented in 156 cities all over the world, such as Bogota and Mexico City, in Europe, China and the U.S.
For example, I do not believe in the expression “transport corridor”. I prefer to use transportation axis integrated to urban planning. The corridor has no relation to land use.

SIBRT – In your opinion – why the transport sector is still not considered as a priority in public policies in Brazil?
Jaime Lerner – I think there is a reaction against simple solutions from the government. In Brazil, this is not possible. We live in a false dilemma: either the car or the subway. The reality is that we cannot think of a single type of transport. It is very difficult to have a subway system like in Paris or London, which were deployed for more than 100 years. What we know is that in São Paulo it-self, 84% of trips are made on the surface. Then it is necessary that the surface is well made. In some cases, in Brazil, BRT implementation has not been done with an integrated view of the city.

SIBRT – Curitiba is a world reference in public transport thanks to the implementation of BRT over 30 years ago, during your term. What factors determine the success of this model that has already been adopted worldwide?
Jaime Lerner – Curitiba worked with an integrated view of the city, which began to be designed with the structure: life, work, leisure and mobility which all worked together. What we did was to use this concept, and most importantly, make good use of the land. Therefore, we are the benchmark.

SIBRT – In June, the Third SIBRT Conference of Best Practices in Latin America will be held in Belo Horizonte. What are your expectations for the event?
Jaime Lerner – My expectation is that the implementation of BRT systems in Brazil occurs more rapidly. The great resistance came from bus operators. This resistance no longer exists. I hope that this Conference will promote an action plan in the cities and that cities will contemplate their systems with more quality. This needs to happen now!