Home / News & Events / News / Lagos, the most populous city in Nigeria, is set to extend BRT lane to Ikorodu

Lagos, the most populous city in Nigeria, is set to extend BRT lane to Ikorodu 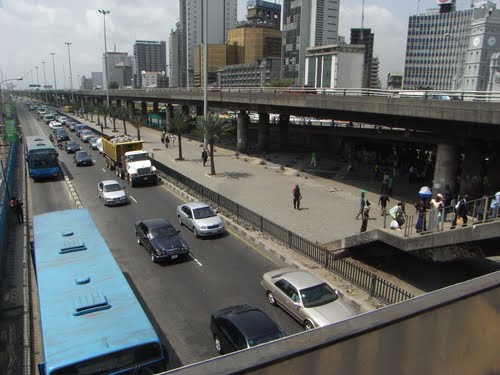 Mobereola said this at a stakeholders’ forum in Ikorodu, Lagos on Thursday. He said the forum was to discuss the imminence of the extension of the lane as well as to seek community’s cooperation in the course of the project. The LAMATA boss said, “The existing dual carriageway will be expanded to three lanes with a BRT scheme.” He said with the road reconstruction, 15 new bus stations and three terminals to be located at Mile 12, Agric and Ikorodu would be provided. He also said there would be a bus depot at Majidun, while construction of nine new bridges and traffic lane on either side of the existing two-lane dual-carriageway would be carried out.

Moboreola said, “The BRT will occupy the two innermost lanes. There will also be seven pedestrian bridges to access BRT stations as well as nine pedestrian crossing points. Also, 12 new U-turns will be provided to allow for easy traffic flow towards Lagos and Ikorodu in addition to street lighting.” He said when completed, 265 BRT buses would be provided and would operate between 6am and 10pm daily, adding that an estimated 160,000 passengers would be carried per day. He said, “This corridor links the fast-growing Ikorodu town to a major centre such as Ikeja, Oshodi and the Island.

“The project will facilitate transit-oriented developments around the Ikorodu corridor and hence generate employment in the much needed area.” He sought the cooperation of all stakeholders along the corridor as well as the general public during the constitution.

Member of House of Representatives and Chairman, House Committee on the Diaspora, Mrs. Abike Dabiri-Erewa, said the project was long awaited, stressing that when completed, it would address the transportation challenges in the area. She urged Lagosians to obey the state’s new traffic laws as part of the measures by the government to restore sanity to the roads.