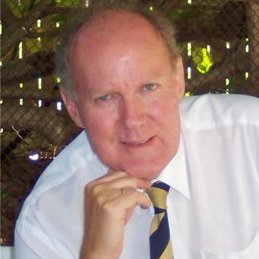 In recent months I have noticed the growing number of major transport infrastructure projects that have gone rather quiet on patronage forecasts. Curiosity got the better of me, and so I decided to do some simple calculations myself on the accessibility benefits of some of these announced major projects (including some that are already under construction). I chose to focus on the travel times (door to door) that are expected be on offer once these investments are in place. A reasonable assumption to make is that the travel time is a critical reason for choosing one form of transport over another form. If the door-to-door travel time is noticeably worse compared to other available forms of transport (especially existing public transport), then one might ask why we are investing in such new transport infrastructure. While we all believe that greater investment in public transport is necessary and is a good idea, we might ponder whether we are getting value for money from some of the active investments across the nation.

My little experiment involved taking a number of key locations and times of day where trips might start and finish, and to calculate the travel times (access, waiting, main mode linehaul, egress) for alternative public transport modes. The obvious comparison is between a bus service and a rail service. Importantly we have assumed that an existing bus service will continue to be offered when a new rail project is up and running.

What I found to my astonishment was how many times the travel time door to door by an existing bus or rail (where it existed) service was quicker than any of the new public transport infrastructure projects, both in the peak and in the off-peak. Indeed, for one very large and expensive rail project, I could not find any situation where it was quicker to use the new service than the existing bus services (including services by bus on dedicated lanes).

Why then are we spending so much money of these very expensive projects if they do not increase accessibility and reduce congestion on the roads? Well, maybe some people will use them for other reasons, but history may well show that we have spent a lot of money for little gain.