Public transport investment is being touted as a key springboard for a sustainable future, especially in large metropolitan areas with growing populations. Whether such investment will turn the tide away from automobility is a big question; however regardless of the likely outcome, any commitment to improved public transport has a growing number of options to pursue. Although variations in rail systems typically loom dominant in many strategic statements on urban reform, ranging from heavy rail through to metro rail and light rail, there is a growing interest worldwide in ways of making better use of the bus as a primary means of public transport, and not limited as a service that feeds a rail network.

In establishing a role for public transport, it should be enshrined in the motto of delivering ‘frequency, connectivity and visibility’ that is value for money as defined in terms of net social benefit per dollar outlaid. Connectivity refers to the provision of services that offer door-to-door services with minimum delay and almost seamless interchanges. Visibility is predominantly ‘knowing where the mode is going from and going to, and when’.

There are many ways in which bus transport can be developed as part of an integrated network-based public transport system, typified by the best practice bus rapid transit (BRT) systems in South America such as Curitiba in Brazil and TransMilenio in Bogota, Colombia. Bus Rapid Transit is “…a high-quality bus based transit system that delivers fast, comfortable, and cost-effective urban mobility through the provision of segregated right-of-way infrastructure, rapid and frequent operations, and excellence in marketing and customer service. BRT essentially emulates the performance and amenity characteristics of a modern rail-based transit system but at a fraction of the cost. A BRT system will typically cost four to 20 times less than a light rail transit (LRT) system and 10 to100 times less than a metro system.”

Recent research shows the appeal of BRT in Los Angeles when comparing the Orange line BRT with the Pasadena, California Gold Line light rail (LRT), both of which connect to the Red Line subway and have similar service patterns and length. The BRT is performing considerably better than the LRT. The latter costs considerably more and carries fewer riders. Capital costs per average weekday boarding for the BRT line is $US16,722 in contrast to $US45,762 for the LRT line; cost per revenue service hours for BRT and LRT are respectively $US243.18 and $US552.54; and cost per passenger mile are respectively $US0.54 and $US1.08. These are impressive evidence of the value for 45 money from BRT compared, in this instance, to an LRT system. Metro rail and heavy rail would be even more unattractive within the service capacity range studied.

What lessons can be learnt from the most successful BRT system in Bogota, Columbia, the TransMilenio, and what is its applicability to Australia. The most important findings relate to connectivity and network integrity, reinforcing the view that it is all about networks and not corridors per se. They suggest that BRT is capable of playing a role in the achievement of a wide set of objectives such as sustainable accessibility and urban renewal when implemented as part of a holistic package of integrated strategies. Importantly it is the commitment to a network of BRT routes (and not a corridor view of planning per se), which gives a metropolitan area the opportunity to enhance the accessibility and urban renewal benefits from corridor level to metropolitan wide level. The relatively low capital costs have made this possible in many countries within a relatively short time frame (up to 5 years often). Whether this is a transition strategy to other forms of public transport or an end in itself should be determined by how the market responds. It is not uncommon to see BRT promoted as a transition to light rail, metro and even heavy rail (e.g. in Brisbane and Pittsburgh), partly to get something started within constrained budgets, but to also appease anti-bus groups who see public transport as singularly rail. What is encouraging is that the success of many of the BRT systems has resulted in its expansion without the need to go to a rail ‘solution’. Carrying capacities of BRT (see Figure 1) are increasing all the time and moving the case solely for rail off of many agendas. 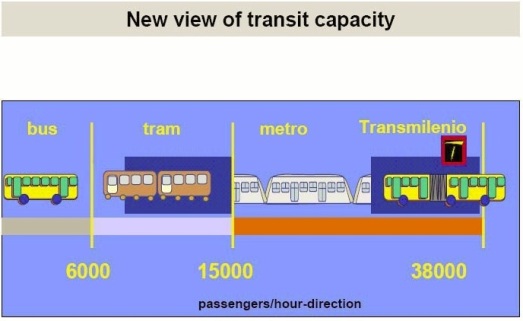 Figure 1: The changing capacity capability of the modes