Source: EMBARQ. This post was originally published in Portuguese on EMBARQBrasil.org. 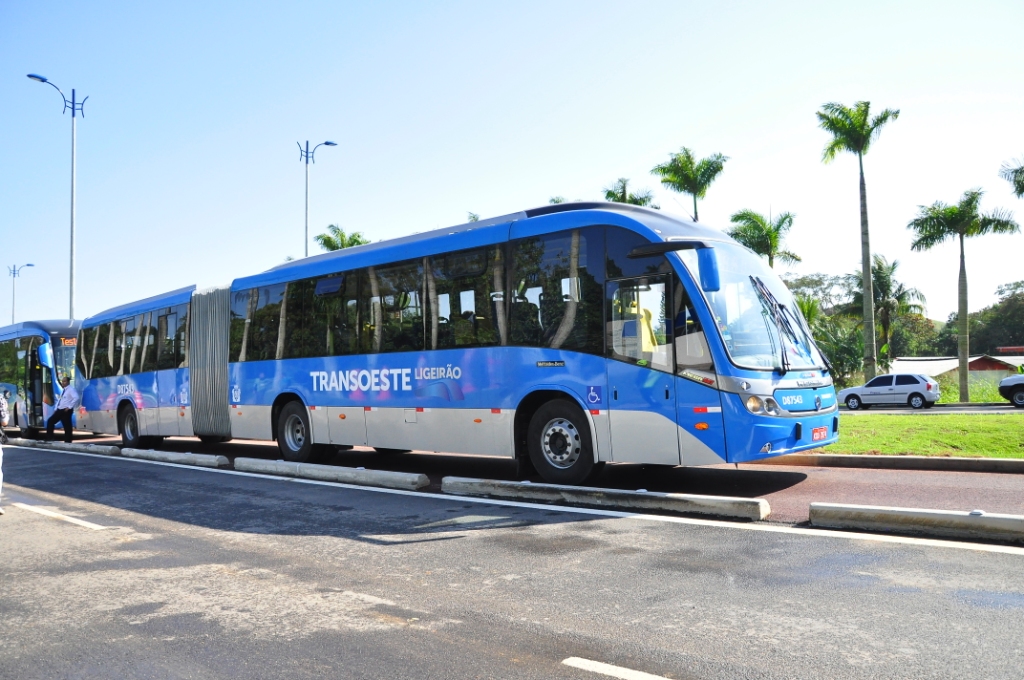 The lives of millions of cariocas, Rio de Janeiro residents, have already started to change with the opening of the Transoeste, the city’s first BRT corridor. The public transit system, developed with assistance from EMBARQ, expects to help hundreds of thousands of Rio residents, providing them with safer transport, shorter commutes, and less pollution.

“Today is a Great Day”

Mayor Eduardo Paes made the official announcement on June 6 at Pingo D’Água station in Guaratiba, West Zone, alongside former Brazilian president, Luis Inácio Lula da Silva, and Rio’s governor, Sergio Cabral. The director of EMBARQ Brazil, and member of our CoE, Luis Antonio Lindau, also took part in the event, strengthening the partnership between the organization and City Hall.

“Today is a great day,” said Lindau at the event. “Rio de Janeiro begins a new era of quality, efficiency and safety in Brazilian transit.”

EMBARQ Brazil, with support from Bloomberg Philantropies, has provided technical support to Rio’s City Hall through road safety audits, a crucial step to reduce the risk of traffic crashes on the corridor and to save lives. Partners also worked on several other actions to establish the first BRT in Rio.

The buses, nicknamed Ligeirões (meaning “super fast” in Portuguese) started to circulate on an experimental basis on June 6. During this first stage, which lasted until June 23, nine stations and 11 buses were operating off-peak, between 10:00 a.m. and 3:00 p.m. Other stations will gradually become operational.

Beginning in August 2013, when the system will become fully operational, the BRT will have an extension of 35 miles (56 kilometers) and 64 stations, with waiting times between buses of approximately one-and-a-half minutes. The system is estimated to benefit about 220,000 people each day, with most journeys being more comfortable and half as long as pre-BRT commute times.

Plans for the Future

Rio transporation officials plan on expanding the BRT system in the future, from one corridor to four. In total, 93 miles (150 kilometers) of BRT lanes will be built, changing mobility all over the Cidade Maravilhosa (Rio’s nickname, which means “wonderful city” in Portuguese).

“This is the first BRT, with others to come,” said Mayor Paes. “It is a cultural change around how people move about in the city. It’s like a subway train on wheels, at much lower costs.”

The four total corridors will include: