San Francisco, USA, and Medellin, Colombia, were selected as the 8th annual Sustainable Transport Award winners today during the annual meeting of the Transportation Research Board. The slate of nominees included Buenos Aires, Argentina; Cape Town, South Africa; Medellin, Colombia; and San Francisco, USA. The winners were selected based on four characteristics: increasing mobility for residents, reducing greenhouse gas emissions and air pollution from transportation, improving safety, and increasing access for cyclists and pedestrians. Additionally, each city is a leader in using social media and online technologies to reach out to local residents, providing more informative and convenient services.

“San Francisco and Medellin are setting the example by working on various fronts – giving people opportunities through high quality transport options,” said Walter Hook, chief executive officer of the Institute for Transportation and Development Policy. “We are excited that this is the first year a parking program, San Francisco’s SFpark, is being recognized. Parking is the next wave of powerful tools to control congestion, fight climate change, and redefine urban form.” 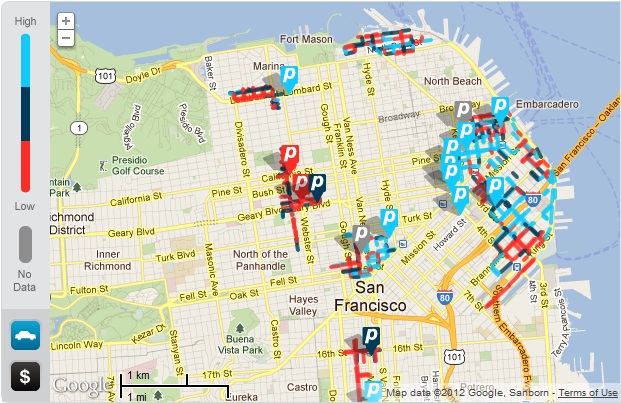 San Francisco, USA, was selected for using parking reform to great effect. The new SFpark variable-rate, demand-response parking management system provides real-time parking availability information online, via text and smartphone apps. The city’s ‘Pavement to Parks’ program reclaims parking spaces for public space and has created 20 new and dynamic parklets with more on the way. The city also started to upgrade and expand its bike network, setting an ambitious target of 20 percent of all trips made by bicycle by 2020.

“San Francisco is really a model for how city governments can collaborate with different sectors to create immediate improvements to the environment, economic competiveness and overall well-being of a city,” said Heather Allen from the Transport Research Laboratory. 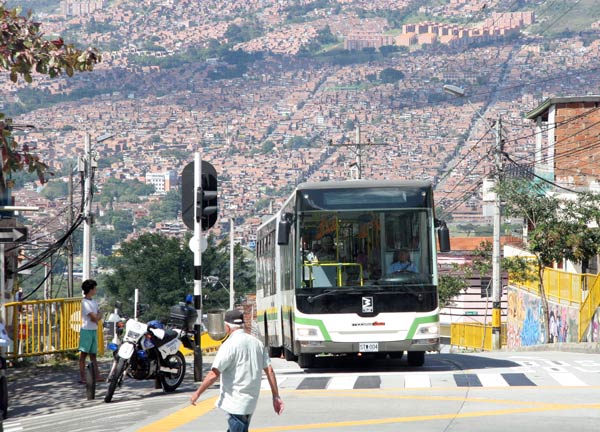 Medellin, Colombia, and its metropolitan area is being recognized for its public space improvements, and providing urban transport options to its citizens, such as its existing cable car and metro systems, and the recently inaugurated BRT project, Metroplús. The city created 1.6 million square meters of new park space through 25 parks and 11 urban promenades. Medellin also made progress with a new public bicycle program, EnCicla, that integrates universities and mass transit with popular city destinations; improved pedestrian crossings; and a ridesharing program, Comparte tu carro; as well as vehicle exhaust emissions controls and sulfur content improvements.

“Medellin pioneered the use of cable cars as a transit alternative in low-income informal settlements in hilly areas, moving 3,000 passengers per hour per direction; a real breakthrough now being replicated in Caracas and Rio de Janeiro,” said EMBARQ Director Holger Dalkmann. “The city transformed violence and despair into hope and opportunity, using sustainable transport as one of the key levers to drive change.”

Buenos Aires, Argentina, is receiving an honorable mention for opening the country’s first BRT system, Metrobús, and its comprehensive investment in cycling. In addition to opening the first bike share program in Argentina, the city has added more than 70 kilometers of bike lanes. Buenos Aires, recognizing that cycling infrastructure alone is not enough, has pursued a creative campaign around bicycle promotion. Together, this has resulted in a 120 percent increase in cycling in one year.

Sergio Sánchez, from the Clean Air Institute, notes that Buenos Aires’ “initiatives have had great impact in a short timespan and will continue to generate healthy air and other benefits for its people in years to come.”

Cape Town, South Africa, recently opened the first BRT system in Africa to integrate cycling. The MyCiTi integrated rapid transit network opened in May 2011 seeking to connect townships, a legacy of apartheid, to the downtown through a high quality service that is a model for its universal access and pedestrian access. The longest continuous bike way in Africa runs parallel to the BRT corridor. The city is expanding its bike lane network, with over 300 million rand (37.7 million USD) worth of projects being built.

“Cape Town has shown us how high-quality urban transport can be implemented in Africa,” said Manfred Breithaupt, title, German Technical Cooperation (GIZ). “It has some of the best practices in the region and will continue to.”

The Nominees were chosen by a Committee that includes the most respected experts and organizations working internationally on sustainable transportation:

The Sustainable Transport Award is presented each year in Washington during the annual meeting of the Transportation Research Board, one of six major divisions of the U.S. National Research Council.