Urbanism Hall of Fame: Jaime Lerner – The architect of Curitiba

ORIGINAL in TheCityFix by Dario Hidalgo 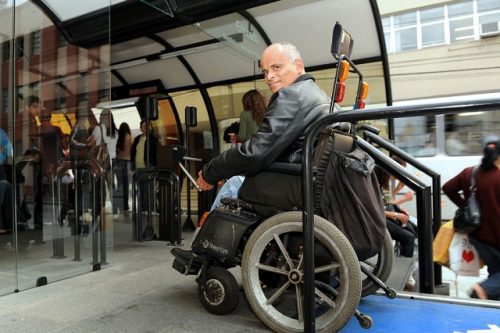 Jaime Lerner’s vision for Curitiba, Brazil included creating a connected, sustainable city that would be accessible to all. Photo by EMBARQ.

This is the third entry in the Urbanism Hall of Fame series, exclusive to TheCityFix. This series is intended to inform people about the leading paradigms surrounding sustainable transport and urban planning and the thinkers behind them. By presenting their many stories, TheCityFix seeks to challenge our readers to think carefully about what defines leadership and innovation in sustainable transport and urban development.

Jaime Lerner placed Curitiba, Brazil on the map as a leading global example of urban sustainability. Throughout his three terms as Mayor of Curitiba, and then as Governor of the state of Paraná, he and his team made great strides towards changing both the built environment and the spirit of the city. Under Lerner’s leadership, his team designed a new master plan which integrated land use and transport, introduced bus rapid transit (BRT), increased green space, and pioneered recycling efforts. This idea that Lerner advanced – that transport should be simultaneously efficient, affordable, and sustainable, contributing to healthy and community-oriented cities – inspired innovations around the city and provided a lesson for cities around the globe.

New vision for the city links land use and transport

In the late 1960s, a group of young architects at the Universidad Federal de Paraná, opposed to the official development plan designed by Alfred Agache in the 1940s, proposing a different vision.   This vision entailed creating dense developments along mass transit corridors, curtailing sprawl, extending green areas, and preserving historic districts. To implement this ambitious strategy, in 1965 Lerner became the first director of the IPUCC (Research and Urban Planning Institute for Curitiba). In the core of the new urban design strategy resides the trinary system, which sought to integrate mass transit, access roads, and land uses together. This vision necessitated a transport option that would create affordable, convenient mobility to link the various areas of the city together.

To support the vision of a united, sustainable city, Lerner understood the need for a high capacity transport system, but recognized the need to depart from the transport planning trends dominating cities in the developed world. Unable to afford a light rail system, Lerner called for “metro-izing the bus.” The city gave priority to buses, allowing them to move faster and be more efficient – it used exclusive bus lanes for trunk buses, designed a network of feeder buses, and in 1982 introduced the “tube stations” with pre-payment and larger buses.

These elements are the core of what was later termed bus rapid transit (BRT). Since his time as mayor, the city has built on Lerner’s work, creating an integrated transport network, which expanded throughout the metropolitan region. The BRT concept has also spread across the globe, with 168 cities currently operating BRT lines that serve over 31 million passengers per day. 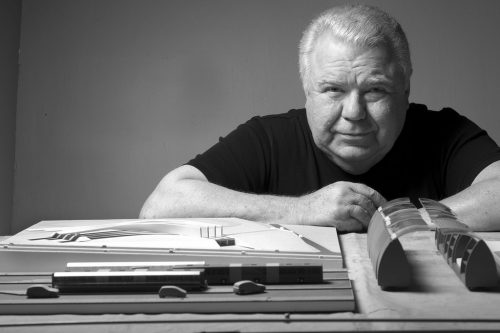 Jaime Lerner is often known as the “Architect of Curitiba” for his pioneering work in reinventing rubbish as opportunity and expanding green space for city residents. Photo by The International Transport Forum/Flickr.

Expanding parks and public space for a greener future

In order to expand green space and avoid sprawl, Curitiba’s 1960s Master Plan reserved areas for parks, specifically in areas subject to flooding, and created a greenbelt around the city. Half a century later, the entire city is profiting from its 16 parks, 14 forests and more than 1,000 green public spaces, many of which are dedicated to celebrating Brazil’s multicultural history. Lerner’s new vision for the city played a large role in increasing green space from 1 square meter to 52 square meters (0.3 to 16 square feet) per each inhabitant, a change that marked Curitiba as the third greenest city in the world in 2007.

Once again, accomplishing this required thinking beyond the standards set by developed cities. For example, while increasing green space was a priority, the city could not afford maintenance services and wanted to avoid untended green spaces. To combat this problem, the city introduced sheep that would eat the grass and produce manure for local farmers.

Like the simple solution of letting sheep graze, another of the city’s most celebrated sustainability interventions was also hidden in plain sight.

During his first tenure as Mayor of Curitiba, Lerner created a recycling program bent on making trash valuable. Loosely translated as “Rubbish that is not Rubbish – Green Exchange,” the idea of the program was that trash and recyclable paper could be exchanged for tokens to use the public transport system, notebooks for students, or food. The exchange program gave low-income populations access to jobs downtown and higher quality meals and allowed students access to the educational resources they needed.

The 62 poorest neighborhoods of Curitiba alone have exchanged 11,000 tons of garbage for nearly one million bus tokens. This program has served as a perfect example of how to creatively use resources to help bring greater sustainability to a city, and greater opportunity to a city’s residents.

The connected transport system and dedication towards green space that Lerner spearheaded has paid off for the city several times over. From 1975 to 1995, Curitiba’s GDP increased 75% more than that of the overall state of Paraná, and 48% more than the GDP of Brazil as a whole. The city has become an attractive location for multinational industries, from automotive manufacturing to information technology.

At the same time, Curitiba has maintained high levels of air quality and road safety, even as other emerging cities have struggled with such factors in their race to develop. Curitiba has managed to increase economic productivity while also having the most sustainable modal share among 15 Latin American cities. 42% of the daily trips are through walking and cycling, while another 28% of trips are taken using public transport, with only 4.2 traffic fatalities per 100,000 people (compared to a 9.6 average in the region). Though as any political figure, he has sparked controversy, Lerner remains a celebrated figure among urbanists for his far-sighted vision. Curitiba’s current success has been possible through the two key elements Lerner identified early on: fewer cars and separated garbage. Yet, even as his words make the process seem simple, Curitiba shows how imaginative, intricate, and compelling these solutions can truly become.